There has been a particularly sharp increase in the use of illicit fentanyl in the past years. Fentanyl is a powerful synthetic opioid that is 50 to 100 times stronger than morphine. Fentanyl is cheaper than prescription opioids; illicit fentanyl, is now the most common drug involved in drug overdose deaths in the United States. In 2017, 59% of opioid-related deaths involved fentanyl, up from 14.3% in 2010. The large increases in the number of fentanyl-related deaths continue to drive the overall rise in opioid-related deaths. Fentanyl can be mixed into other drugs without the user’s knowledge, so it’s crucial to be aware of this possibility and the associated risk . 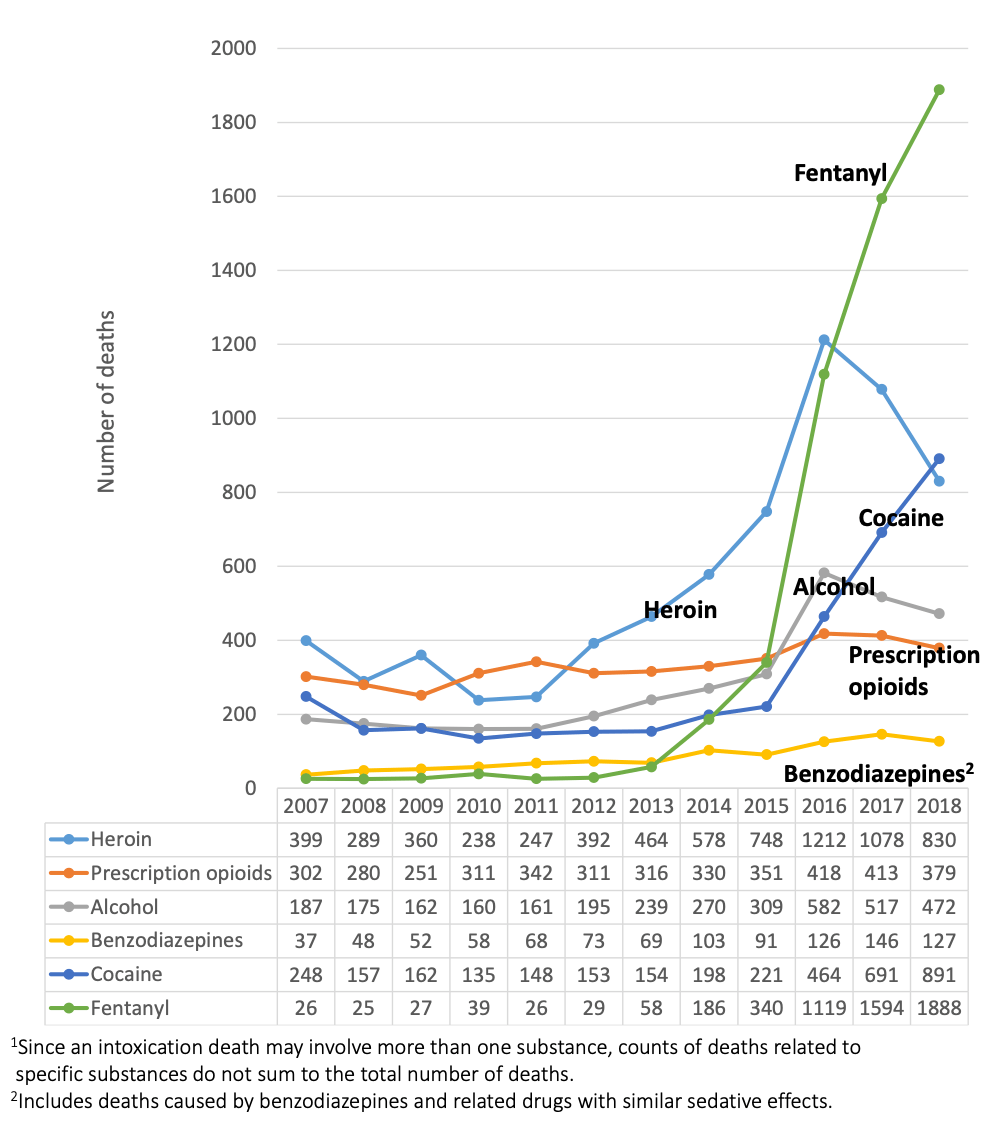 Notes: Since an intoxication death may involve more than one substance, counts of deaths related to specific substances do not sum to the total number of deaths. The category benzodiazepines includes deaths caused by benzodiazepines and related drugs with similar effects.